Three of the currencies are “Breakout Coin”, “Breakout Stake”, and “Sister Coin”. 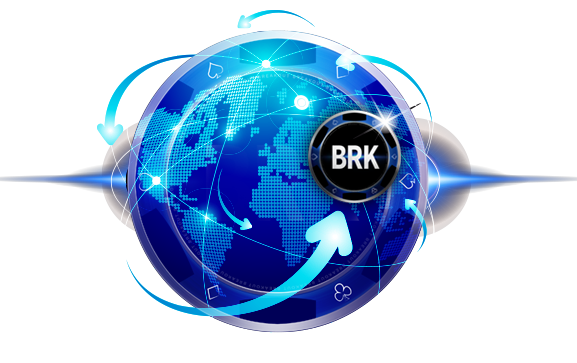 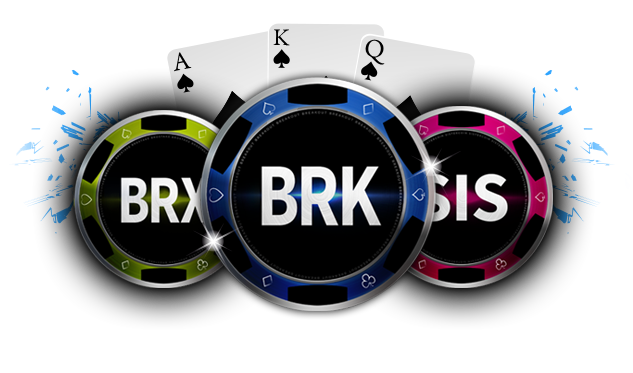 A Gaming and General Use Currency

Breakout Coin transactions require a small fee paid by the sender and collected by individuals who support the network by certifying transactions. These individuals run special open-source software that they download for free. In exchange for running this special software and ensuring that it stays updated, network participants can collect small transaction fees and other rewards that cover their expenses and even allow them to turn a profit. Absolutely anyone with a computer and an internet connection can download the software and participate in the network.

Over time, additional Breakout Coin will be created at the rate of 5% per year to encourage more users to support the network, making it that much stronger. This 5% inflation is awarded to those who have proven their stake in the network. This stake takes the form of another currency called “Breakout Stake”, which has the currency symbol “BRX”.

For more information on how the Breakout Coin will be used for gaming, please visit www.breakoutpoker.com.

Ownership Is Proof-of-Stake in the Network

By supporting the network in this way, Breakout Stake holders earn rewards on their stake paid in Breakout Coin.

Abuse of one’s certification authority by approving invalid transactions is designed to be prohibitively expensive. In fact, it would require control of much more than 50% of all the Breakout Stake in existence to undermine the integrity of the network this way. It goes without saying that such an act would also destroy the considerable token supply required to undermine the network. 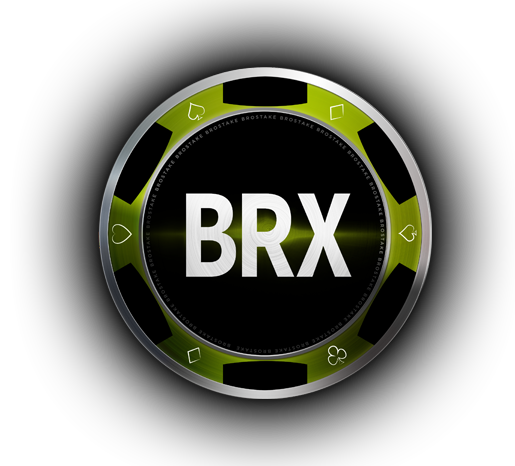 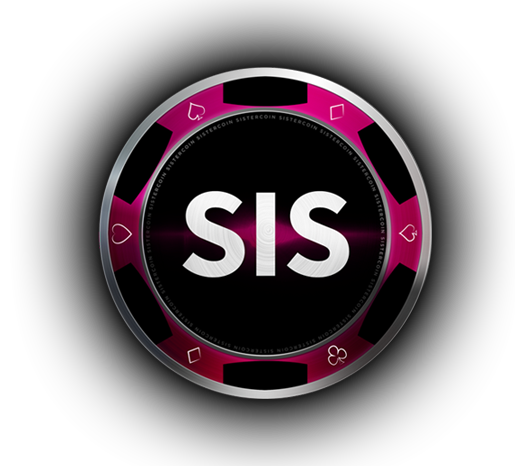 Sister Coin is a Proof-of-Work Currency

One powerful benefit of mining Sister Coin by PoW is that miners can claim fees not claimed by PoS. These fees are available because PoS blocks can not collect fees. The result is that even though PoW miners find only half the blocks, PoW miners are awarded all fees imposed on any transaction in the blockchain, even those transactions recorded in PoS blocks. This system, called “fee scavenging”, promotes blockchain security by providing additional incentives to PoW miners.

This unique system has a number of advantages. First, the two security systems do not cross-talk in any way because the amount of Sister Coin does not influence either the amount of Breakout Coin or Breakout Stake. Second, the PoW and PoS difficulty adjustments (that keep block times close to 5 minutes) are independent. The algorithm that calculates the difficulty is called “Breakout Gravity Wave”, which is a hybrid PoW/PoS adaptation of Dash’s “Dark Gravity Wave”. Third, hybrid the PoW/PoS system means that a successful attack requires both 51% of the hashes and 51% Breakout Stake. Moreover, any attacker must coordinate the dual-pronged attack precisely, leaving little room for error. In other words it is not only prohibitively expensive to attack Breakout Chain, but an immense technical challenge as well.

How Does Breakout Stake Allow One to Validate Transactions?

It may seem strange that any person with the means to acquire some Breakout Stake can just begin to certify potentially very valuable transactions without any sort of background check or other mechanism to verify the individual. This is possible because transaction certification is actually a three-step process and involves potentially thousands of network participants who scrutinize each and every transaction.

In the second step, one network participant of the numerous participants authorized to certify the transaction will submit a complete block of transactions (ledger sheet) for permanent storage in the decentralized ledger. Incidentally, the decentralized ledger is called a “blockchain” because each block is sequential in that (1) a specific block precedes it and (2) a specific block follows it. The network participant certifies the block with an electronic (“digital”) signature that includes a proof of their Breakout Stake holdings. This process of signing a transaction and proving one’s stake is called “proof-of-stake”.

This signature and the accompanying proof-of-stake certify that the entire block of transactions is valid, as described above. The signatory who certified the block is entitled to an award that is entered as its own transaction in the block.

In the third step, this block, the signature, and the proof-of-stake are broadcast to the entire network and every participant again inspects the block carefully, ensuring that they agree that the transactions, signature, and proof, are all valid. All participants who agree to the validity of the signed block add it to their permanent records. At the end of the process, all participants should have the exact same permanent records, meaning they have all reached “consensus” about the state of the blockchain, which essentially describes precisely where all the money is. 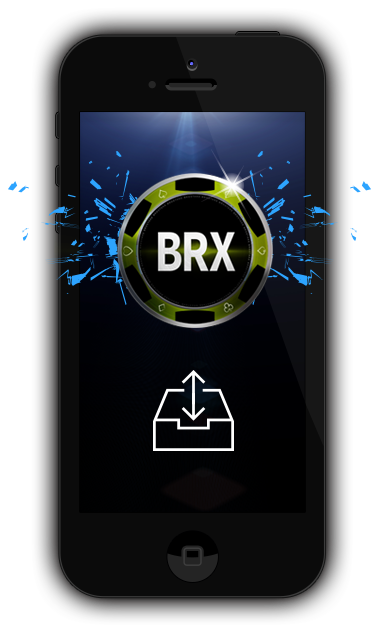 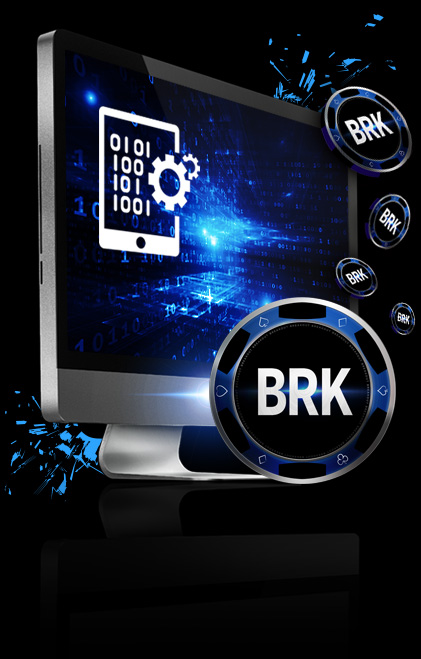 How Is the Block Signatory Selected?

For a proof-of-stake system, this individual is selected by a lottery system wherein all those competing to be the signatory actually sign their own blocks and submit these blocks to the network. The network then chooses a “winner”, whose block gets entered into the permanent record. As a result, the winner gets to claim the block reward.

To select a winner, the data (bits and bytes) of every block is ran through special computer code that assigns the block a very large, seemingly random number (called a hash). The computer code that calculates the hash is the same for every participant’s software on the network. In other words, given the same block data, all participants will calculate the same hash. By design, the hash calculation requires a lot of computing resources. If the data of a block is changed in the slightest way, this hash will be completely different, changing in an unpredictable way. This means that it is impossible to know the new hash without expending significant computational work to calculate the new hash.

Although the rules for winning the lottery have some complexity, they essentially boil down to one simple principle: the block with the lowest hash is selected to go into the permanent ledger, and the winning signatory is awarded the block reward. One additional point is that the hashes for each entrant are compared such that those with more stake have a proportionally better chance at winning the lottery.

Breakout Chain block certification is not limited to Proof-of-Stake.

In addition, approximately every other block can be submitted as what is known as a Proof-of-Work. Proof-of-Work is very similar to Proof-of-Stake except, instead of proving that the signatory holds Breakout Stake, the signatory proves that they expended some computational work before signing the block.

How can a signatory prove that they have done computational work? Well, remember that special computer code that generated the hash (big number) and how, if you changed the data in the slightest way it would produce a completely different and unpredictable hash? With Proof-of-Work it is possible to tack onto the block a little piece of data (called a “nonce”) before running the block through computer code that calculates the hash. Because this is possible, the signatory can try millions, billions, or even trillions of different nonces to get the smallest possible hash and win the rights to certify the block.

The differences between Proof-of-Work and Proof-of-Stake are threefold. First, the hash calculated for a Proof-of-Stake block can’t be easily modified. A new transaction must be added to the block, or the time of the signature must change by at least one second (which is a long, long time for a computer), or something else that changes infrequently must change.

The second difference is that Proof-of-Stake blocks do not require hash values to be as low (difficult) as Proof-of-Work blocks. That is, the computer code that compares the hashes makes the computational burden significantly easier for Proof-of-Stake signatories. What all this means is that a participant can compete to become a signatory for a given block in two ways, either by doing a lot of work or by holding a lot of stake. In the end, the competition between proof-of-stake signatories and Proof-of-Work signatories is designed to balance at a ratio of 1:1, where every other block is Proof-of-Work.

This signature and the accompanying proof-of-stake certify that the entire block of transactions is valid, as described above. The signatory who certified the block is entitled to an award that is entered as its own transaction in the block.

In the third step, this block, the signature, and the proof-of-stake are broadcast to the entire network and every participant again inspects the block carefully, ensuring that they agree that the transactions, signature, and proof, are all valid. All participants who agree to the validity of the signed block add it to their permanent records. At the end of the process, all participants should have the exact same permanent records, meaning they have all reached “consensus” about the state of the block chain, which essentially describes precisely where all the money is. 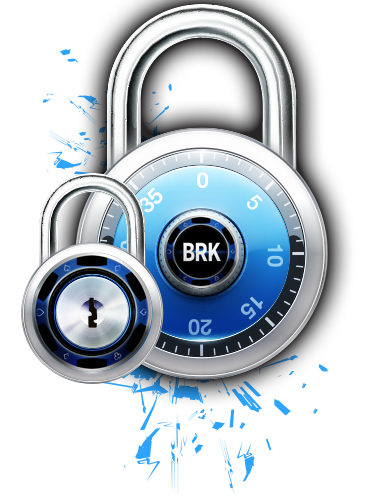 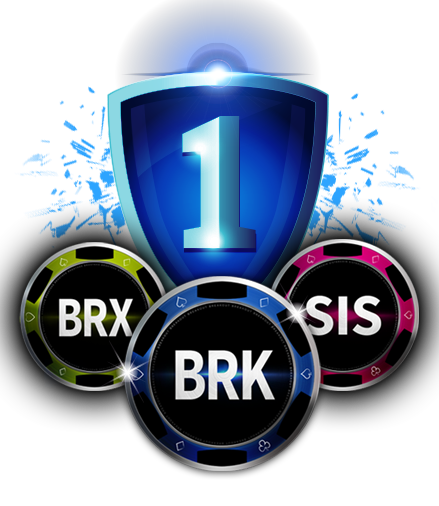 Several other Breakout Coin innovations include multiple currencies, delegated fees, atomic currencies, fee scavenging, and Breakout Gravity Wave. Taken together, Breakout Coin aims to be one of the most technically innovative payment systems in existence.